Planned in all respects to take its place alongside the Penguin Classics, the Penguin English Library will, as it grows include a comprehensive range of the literary masterpieces which have appeared in the English language since the fifteenth century.


The following first published English Library books are in my collection. I come across too many of them at very cheap prices to not pick them up to preserve. I really enjoy the covers too

EL 14:  The Moonstone by Wilkie Collins

EL 34:  The Egoist by George Meredith
EL 41:  The Eustace Diamonds by Anthony Trollope

Posted by Travellin' Penguin at 22:37 No comments:

Penguin's New Writing Magazine was established in 1940. The original magazine was in the original series run of Penguins but then became its own magazine.  There are a periodical with several stories in their pages and developed by John Lehmann. They are a lovely little magazine and famous authors of the time contributed to them including George Orwell.

I have the following list in my collection but am always looking for more of them to complete the series. The last issue was published in 1950.

Posted by Travellin' Penguin at 00:08 No comments:

Vintage Film Review in my Collection 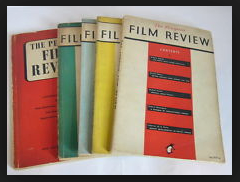 There are many vintage Penguin plays around in op shops and I have decided to collect just the first editions. I quite like the covers.  The ones I have are listed below. 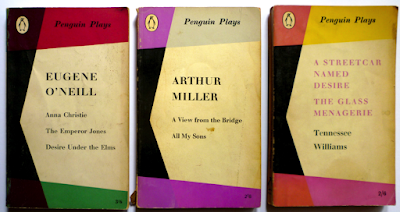 PL 26  Bernard Kops: The Dream of Peter Mann
PL 29  Arthur Miller:  A View from the Bridge; All My Sons

PL 34  Luigi Pirandello: The Rules of the Game; The Life I Gave You; Lazarus
PL 41  J. P. Donleavy: Fairy Tales of New York

PL 47  New English Dramatists.7 (Chips with Everything by Arnold Wesker; Afore Night Come by               David Rudkin and Everything in the Garden by Giles Cooper)

Posted by Travellin' Penguin at 22:57 No comments:

Y70  Beyond Culture by Lionel Trilling

Posted by Travellin' Penguin at 00:42 No comments:

There are limited number in this series. I hope to collect all of them. The ones I currently have in my collection are listed below.  They are defined by their woodcutting illustrations.

All books are first published Penguins unless marked otherwise. 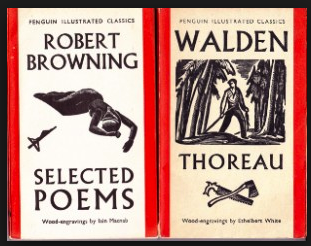 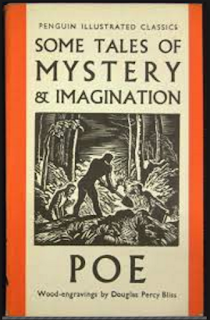 Posted by Travellin' Penguin at 20:52 No comments:

Classic Penguins- Post 1970
Sorted by Title (excluding A, An & The)

The Christmas Books Vol I: A Christmas Carol/The Chimes by Charles Dickens
The Cloud of Unknowing and Other Works (Editor- Betty Radice)
The Comedies by Terence
The Complete Plays by Christopher Marlowe
Coningsby by Benjamin Disraeli
Cranford/Cousin Phillis

Hard Times by Charles Dickens
How Much Land Does a Man Need? and Other Stories by Leo Tolstoy

The Newcomes by William Makepeace Thackeray

Tess of the D'Urbervilles by Thomas Hardy
Three Comedies by Ben Jonson
The Three Theban Plays (Antigone, Oedipus the King, Oedipus at Colonus) by Sophocles
A Treatise of Human Nature by David Hume
The Twelve Caesars by Suetonius
Twilight of the Idols/The Anti-Christ by Friedrich Nietzsche

Washington Square by Henry James
The Wasps/The Poet and the Women/The Frogs by Aristophanes
Where Angels Fear to Tread by E.M. Forster
The Woman in White by Wilkie Collins
A Woman's Life by Guy de Maupassant

Posted by Travellin' Penguin at 21:28 No comments: