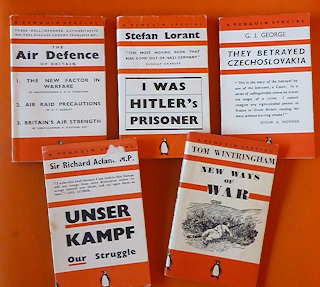 I collect the Penguin Special Books that are some of the most interesting books I believe Penguin published.  As usual, all of the books I try to attain are first  published editions. Dates listed after the titles are when Penguin Publishers published the book. Many of these books also came with dust jackets.

I currently have the following books but am always searching for more.

Penguin Specials have the letter S on the spine before the number.

Posted by Travellin' Penguin at 21:12